The Road to Portland highlights an important trip we took to kick off the filming of our feature-length documentary, Schoolhouse Rocked:The Homeschool Revolution. We were in Washington for a week of interviews for the movie, but on an overcast down day we drove to Portland, Oregon for great some man-on-the-street interviews.

The RØDE VideoMic Pro is the star of this Behind-the-Scenes featurette. The Road to Portland, and Schoolhouse Rocked have used the VideoMic Pro as the on-camera mic for every shot. I have owned my VideoMic Pro and Deadcat since 2013 and I have been a fan of RØDE gear since buying my first RØDE microphone, an NT2, in 1998.

The film is presented in 16:9 aspect ratio, 1080p resolution. The primary camera for the film and short-documentary has been a Canon DSLR, and several different second cameras and behind-the-scenes cameras have been used, including the iPhone 6s Plus and iPhone 7 Plus. 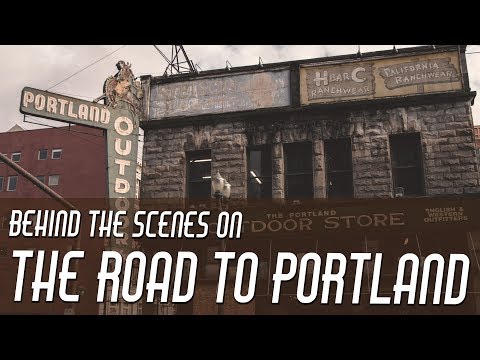